Where To Buy Wallpaper Near Me 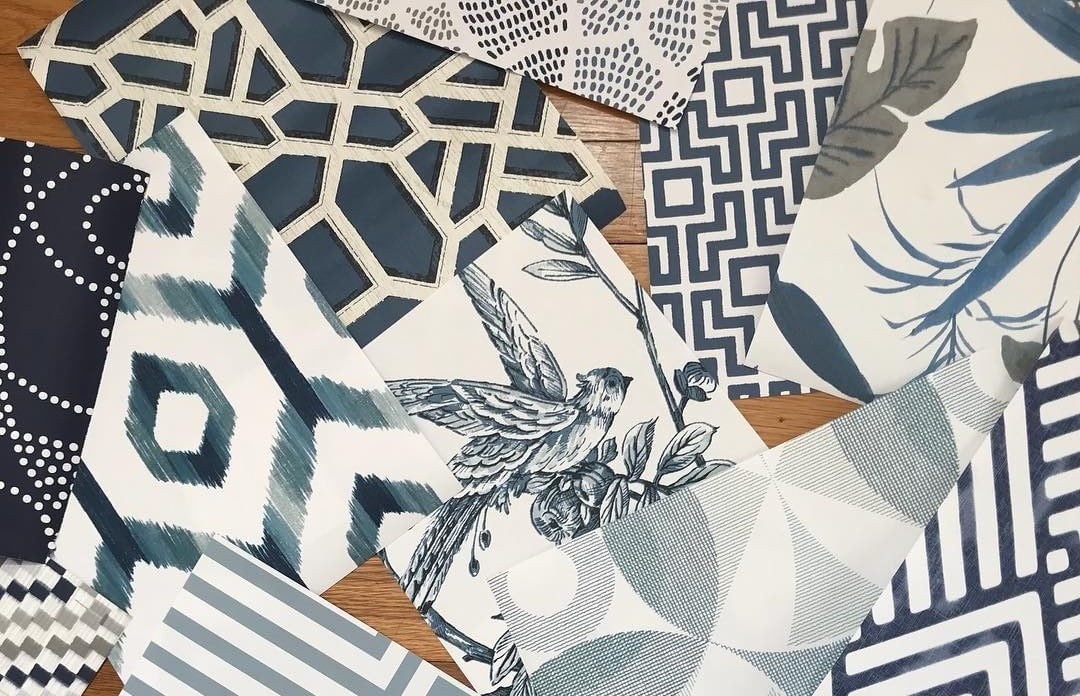 Unless you live in a few major Northeast cities then you will probably have to shop for wallpaper online exclusively. There might be a few paint stores that sell miscellaneous wallpaper tools but that's about it. Most of the stores that exclusivity sold wallpaper went out of business by the late 90s, early 2000s.

It wasn't too long ago that there was a wallpaper store you could walk into, look through books, and buy the pattern you wanted right there. Wallpaper stores typically employed several design consultants, some who worked hourly and some who worked on commission, to assist customers make their selection. And many of these stores were gigantic with different sections, hundreds of rows of books and a tons of stock in the back warehouse.

You will barely see this now and the few stores that do remain are a shell of what they once were, despite wallpaper making a huge resurgence lately.

So what changed? If you talk to long time sales reps they will tell you the beginning of the end of physical wallpaper stores was when "1-800 number companies" started popping up in the early 1990s. Keep in mind this was years before the Internet and online shopping was prevalent. The first killer were catalog companies that would advertise in phone books, newspapers and other types of print media. They would encourage customers to visit wallpaper stores and then call them with phrases such as "Match Any Price," or 'Shop And Call Us." Of course, stores have a lot of overhead - employees, stock, cashiers, rent, advertising, etc. The 1-800 catalog companies had a fraction of the overhead physical stores did so they could afford to discount the rolls at a much higher price. A store owner once recounted how a woman came into the store for three hours, spent time with one of their consultants picking out wallpaper for her kitchen, took three books home and then brought them back a week later without purchasing anything. He later found out that she called a 1-800 number to buy the actual wallpaper. He found out because he also owned a separate installation company and she called a week later to get the wallpaper hung. It was at that moment he realized why sales had been going down for the past year.

One of the ways shrewd wallpaper store owners started fighting back is to change the pattern numbers. It was a tedious process but by doing this the customer could not easily reference the pattern number when he or she called the 1-800 number. But it takes a lot of time to do this, including updating your whole computer system, and only a few stores were able to successfully implement this.

Picking out new wallpaper used to be part of the home closing process. It was standard practice for a couple to pick out wallpaper when they bought a new home and the installation of that wallpaper would be included in the total price. Older wallpaper installers will tell you that they made a living primarily off new home construction. A crew would go down a row of houses, one by one, hanging the wallpaper the owners had earlier picked out.

All this changed in the 1990s. The company selling the house would have to wait for the the couple to pick out the patterns they wanted, order the wallpaper from a store, and then coordinate with the installers to install it. At some point they just figured it would be easier to offer the purchasers something less complex like free washer and dryer. The end result was a whole generation of late Gen X'ers and Millenials growing up in homes without a hint of wallpaper. To this day, many of them only think wallpaper is something you put on your computer or smart phone screen.

In the late 1990s, the term “toxic mold” found its way into media coverage and as you can imagine, wallpaper got its fair share of blame. Much of it was overblown and had nothing to do with the wallpaper. You have just as easily have mold in a home with paint on the walls but public perception of damp mold hiding under your wallpaper became real.

The Internet Deals The Death Blow

By the early 2000s everyone was starting to use the Internet to shop for things, including wallpaper. Print media was out, therefore killing the 1-800 companies, and digital media was gaining momentum. Many wallpaper stores were going out of business. Some of the few large wallpaper stores left standing by now started switching their entire operation to the Internet. They let go most of their staff and hired new people to upload all the new collections and designs to their company website.

If you thought it was easy for 1-800 number companies to out price the physical stores then it was really easy for online companies to do the same. By 2008 most of the stores had disappeared. The major home improvement likes Lowe's and Home Depot stopped carrying it and expanded their paint selection. It just stopped being profitable for them. Wallpaper was turned into a niche item that only a few small boutique stores carried and the selection was very limited.

All Stores Go Online Besides A Few Holdouts

The Northeast is probably one of the few places actual stores exist due to the large abundance of older colonial homes. And even then it's confined to the large metropolitan areas. Wallpaper as a whole has made a tremendous comeback and people are getting excited about it all over again. But as far as going into an actual store to purchase it - for most people that will not be an option. There is very little chance a physical store will be located near you. The great news is that online stores have gotten better and better at sorting the thousands of patterns of the market, making it very easy to find what you want. You'll have to order samples, wait a week for them to come in, order the wallpaper, wait another week to arrive, but you don't have to leave the comfort of your own home and you have a much larger selection to choose from than a brick and mortar store, granted you can even find one.